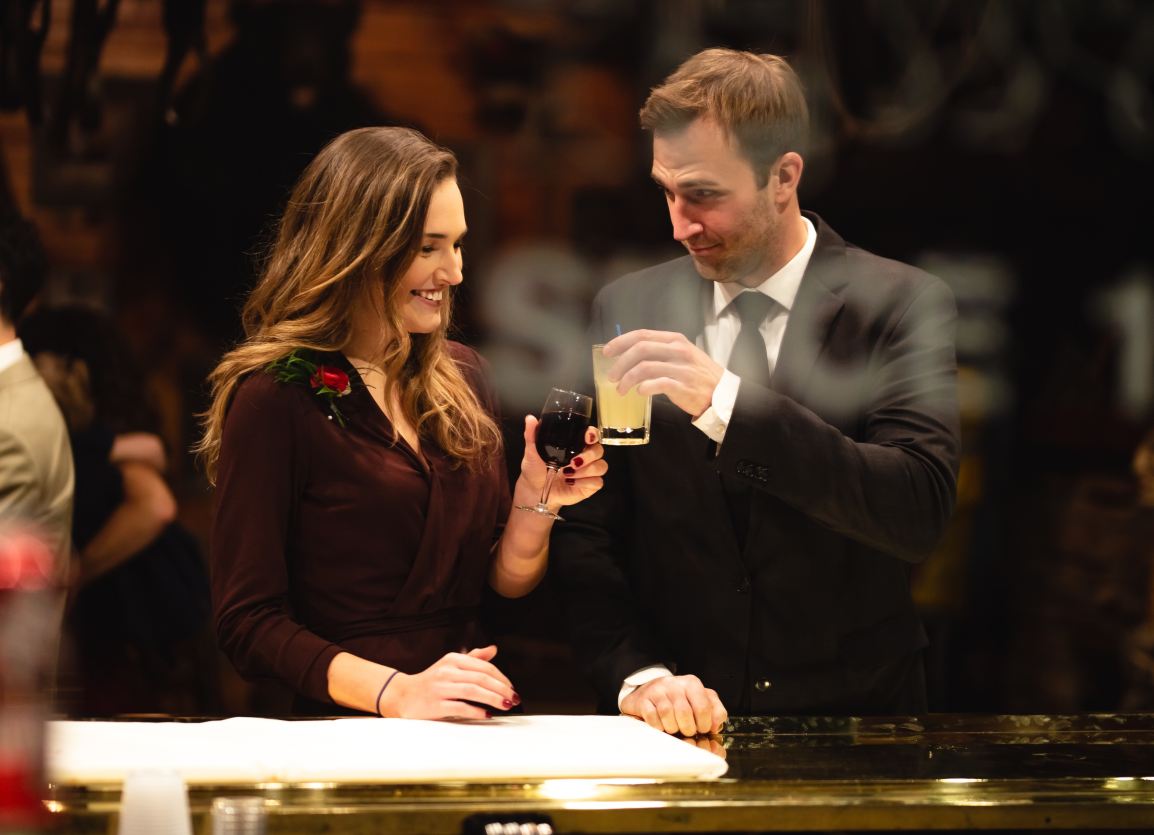 Ladies, if in doubt, #AskForAngela.

Ask For Angela is a campaign designed to reduce sexual abuse on nights out. It originated in a pub in Lincolnshire in 2016 and since then, it has received nationwide and global attention and has been adopted by bars and clubs around the UK, Ireland and even as far afield as Canada, Spain, Argentina, Australia and New Zealand. In some countries, a similar campaign has sprung up, advising ladies who feel unsafe on dates to go to the bar and order ‘an Angel shot’. This campaign has been spotted in the USA, South Africa and there are different variations on the drink depending on what type of help you need. There are several different versions as well, including the German-language version, ‘Luisa ist hier!‘ which originated in Germany and is now active across Austria and Switzerland. And there is even a Spanish-language version, ‘Diana Doble‘, which kicked off in México.

The general idea is that if you are out on a date, or even just on a night out, and you are made to feel uncomfortable, you could ask a member of staff for ‘Angela’, and they would understand the situation and call for a taxi or help you to leave discreetly. In theory, this is a fantastic idea, which should help people to feel safer when going on dates and more comfortable about admitting when someone is making them feel uneasy.

Ask for Angela is there to help vulnerable people, primarily women, in public places. Anyone who feels uncomfortable – from someone on a difficult blind date, to a person whose partner is behaving in a threatening manner – is advised to ask for Angela at the bar. Trained staff will then discreetly help them out the venue, often into a taxi, before escorting the perpetuator out the door once they are in a safe place.

According to this article published by Time Magazine, ‘Conservative estimates suggest that at least 25% of women in the U.S. have been sexually assaulted and at least 50% of all violent crimes, including sexual assault, involve alcohol consumption by the perpetrator, the victim or both. Researchers have consistently found that approximately 50% of all sexual assaults are committed by men who have been drinking. Figures like these are not dissimilar in the U.K.

It is therefore no surprise that pubs, bars and clubs are frequently the site of sexual assaults. That’s why Hayley Child, sexual violence and abuse strategy coordinator for Lincolnshire County Council, came up with Ask for Angela when thinking how to work with the nightlife industry to prevent sexual abuse in the county.

“If you look at police data, it tends to suggest that sexual violence happens in the early hours after Friday and Saturday night, and alcohol is very often involved,” Child told TIME. “Because of that, I wanted to work with bars and pubs, and find something that would be easy for them to implement.”

The idea of Ask for Angela was sparked when Child recalled going on blind dates when she was younger. “When I was single and would meet people off dating sites I would always bring a friend with me, who’d sit in the corner of the pub and read a newspaper and I would do the same for her,” she said. “This got me thinking – what about people who don’t have a friend willing to do that, or don’t want to bring a friend with them on a date? How can we keep those people safe?”

Although many believe that the name Angela symbolizes a guardian angel, that wasn’t Child’s intention when she christened the scheme. The campaign is in fact named after Angela Crompton, a friend of Child’s best friend, who died after being struck with a hammer by her husband of three months in 2012. She was a mother of three.

“Angela’s story really stayed with me, and when it came to thinking of a code word her name was perfect,” Child said. “In this way she is saving other women from violence.”

After Child came up with the concept, she pitched the ideas to various bar managers across the county of about 732,000 people. “They all said yes,” she said. “Many had seen dodgy dates going on in the past, and liked the idea of customers knowing that they could come to the bar and ask for help if they need it.”

Ask for Angela was rolled out across Lincolnshire, but it really took off globally when a woman tweeted an image of the poster in 2016:View image on Twitter‘.

In addition to #AskForAngela becoming more known across the world to help keep women safe, here are some handy tips to keep safe this summer (and beyond), originally issued by the Cumbria Police in the UK

Whether it is online, at an event like an agricultural show or festival, out on nights out or on a date, there are steps everyone can take to improve their personal safety. They include:

* Plan your day/night out including how to get home

* If you are out alone, tell friends and family where you will be and update them if your plans change

* Make sure you stay with your friends. If you become separated, pre-arrange a meeting place at the end of the night – look out for each other

* Stay hydrated by drinking plenty of water, hot temperatures and alcohol can leave you dehydrated and requiring medical attention

* Watch your drinks — do not give anyone the opportunity to alter them with other substances. If you leave a drink unattended then do not go back to it

* Do not take drugs or new psychoactive substances

* Only take the personal items with you that you need, and keep valuables out of sight

* Never engage in violence, one punch can kill. If a situation starts to escalate walk away, find a staff member for support or contact the police.

The #AskForAngela initiative has spread to other platforms and types of dating as well. A recently spotted poster in the toilets of a London pub ask the reader “Are you on a date that isn’t working out?” Is your Tinder or PoF.com date not who they said they were on their profile? Does it feel like you’re not in a safe situation? Does it all feel a bit WEIRD? If you go to the bar and ask for Angela, the bar staff will know you need some help getting out of your situation and will call you a taxi or help you get out discreetly – without too much fuss.”

On top of that, check out ‘How 15 women stay safe when meeting someone from a dating app or site’, where 15 different women share practical tips for staying safe on first dates and keeping others informed of their whereabouts and who they’ll be out with. Rule number one? Always meet in a public place, of course.

Spread awareness, remain alert and have a fabulous summer, hopefully with a good date or two!

**Those of you who work in bars, clubs, restaurants, etc., please spread the word! This is a very useful campaign and it’s so simple! You could easily help prevent violence against women or even save a life!