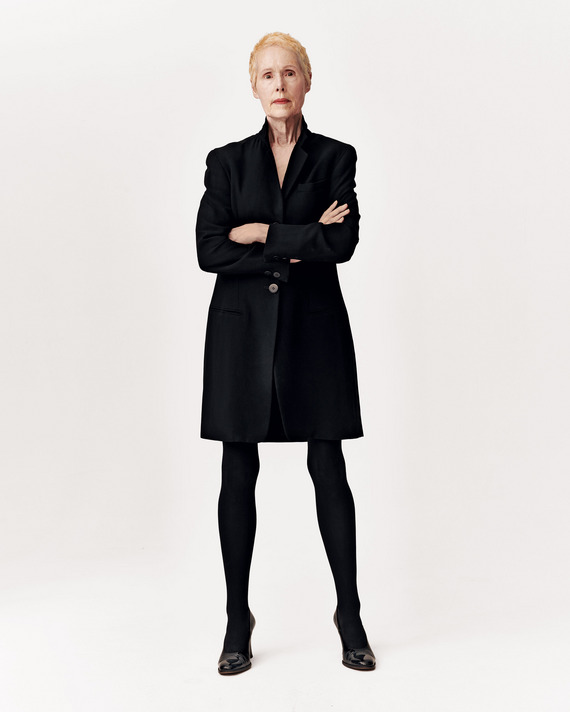 ‘I am surprised at how good-looking he is. We’ve met once before, and perhaps it is the dusky light but he looks prettier than ever. This has to be in the fall of 1995 or the spring of 1996 because he’s garbed in a faultless topcoat and I’m wearing my black wool Donna Karan coatdress and high heels but not a coat.

The moment the dressing-room door is closed, he lunges at me, pushes me against the wall, hitting my head quite badly, and puts his mouth against my lips. I am so shocked I shove him back and start laughing again. He seizes both my arms and pushes me up against the wall a second time, and, as I become aware of how large he is, he holds me against the wall with his shoulder and jams his hand under my coat dress and pulls down my tights.

I am astonished by what I’m about to write: I keep laughing. The next moment, still wearing correct business attire, shirt, tie, suit jacket, overcoat, he opens the overcoat, unzips his pants, and, forcing his fingers around my private area, thrusts his penis halfway — or completely, I’m not certain — inside me. It turns into a colossal struggle. I am wearing a pair of sturdy black patent-leather four-inch Barneys high heels, which puts my height around six-one, and I try to stomp his foot. I try to push him off with my one free hand — for some reason, I keep holding my purse with the other — and I finally get a knee up high enough to push him out and off and I turn, open the door, and run out of the dressing room.

The whole episode lasts no more than three minutes. I do not believe he ejaculates. I don’t remember if any person or attendant is now in the lingerie department. I don’t remember if I run for the elevator or if I take the slow ride down on the escalator. As soon as I land on the main floor, I run through the store and out the door — I don’t recall which door — and find myself outside on Fifth Avenue.

And that was my last hideous man. The Donna Karan coatdress still hangs on the back of my closet door, unworn and unlaundered since that evening. And whether it’s my age, the fact that I haven’t met anyone fascinating enough over the past couple of decades to feel “the sap rising,” as Tom Wolfe put it, or if it’s the blot of the real-estate tycoon, I can’t say. But I have never had sex with anybody ever again.’

The above is an excerpt by acclaimed writer and Elle columnist E Jean Carroll’s powerful piece in New York Magazine where she details a violent assault by none other than America’s first favourite misogynist-in-chief Donald Trump, which took place in a dressing room at Bergdorf Goodman department store in the 90s.

This gripping read outlines the details of Carroll’s encounters with what she calls hideous men throughout her lifetime. And she doesn’t even include all of them. Carroll’s bar for hideousness is high. But amongst her list of misogynists, two public names stand out, and one of them just happens to be the current President of the USA.

The official incredulous response from Trump? “I’ve never met this person in my life”, DESPITE the article containing an image (below) showing both Carroll and Trump taken together with their respective spouses at the time. 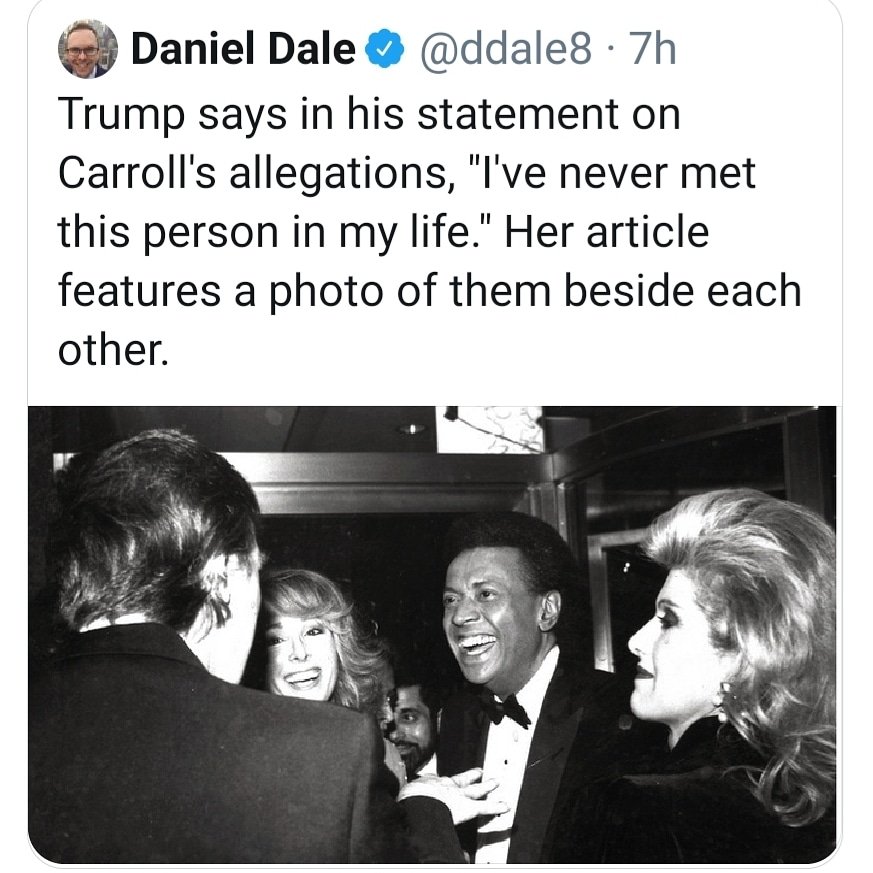 [Insert slow clap here] THIS ☝️is why it’s so hard for us survivors to speak out about our traumas.

E. Jean Carroll calls herself a coward when she talks about why she waited so long to say something about this assault and many others by hideous men throughout her lifetime.

I don’t think she’s a coward. She’s brave and she’s a survivor. I cannot imagine the immense strength and courage it must have taken to even think of putting that coat dress on again after all these years…

I highly recommend reading her powerful piece. And I truly hope that Carroll isn’t dragged through the mud as a result of her bravery in writing this piece and speaking out about her trauma.